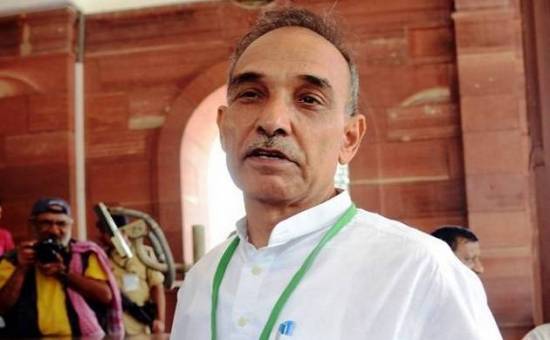 Print
He said all kinds of scientists should be invited to the debate, evolutionists and Darwinists, and also "other kind of scientists."
Union minister Satya Pal Singh on Monday stuck to his claim that Charles Darwin’s theory of evolution of man is “not scientific” and called for an international debate on the issue to decide if it merits a place in school textbooks.

The minister of state for human resource development had stoked a controversy last week saying that our ancestors have nowhere mentioned that they saw an ape turning into a man, thereby casting doubts on Darwin’s evolution theory. Several scientists have come out against Darwin’s evolution theory and the comment he made last week was based on facts, Singh told reporters on the sidelines of a meeting at IIT-Guwahati.

Asked if the Centre will delete references to Darwin’s theory from textbooks, the minister said, “I propose, if the Ministry of Human Resource Development is ready to sponsor a world-level international conference to decide what is true and factual and that must be taught in schools and colleges.” He said all kinds of scientists should be invited to the debate — evolutionists and Darwinists, and also “other kind of scientists”.

“They (scientists) are saying no we cannot see evolution is taking place because it happened millions of years ago. You can find the evidence in the fossils. There are billions of fossils, not even in one fossil in intermediate evolutionary stage has been found,” Singh claimed.

Blaming the media for fuelling a controversy over his statement, Singh said the issue calls for debate and not controversy. “In the last 100 years, many evidences have come out against the theory, in favour hardly anybody. It is not my statement. So many world scientists have said it,” Singh, the former Mumbai Police Commissioner, said.