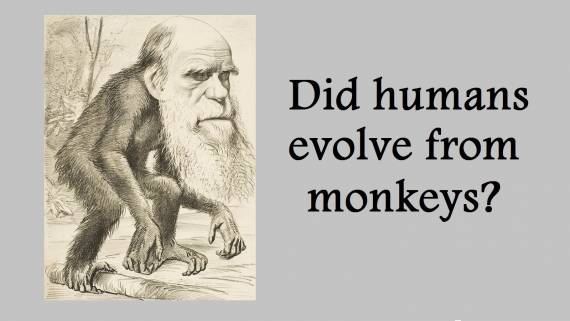 Why Satyapal Singh is right on Darwin’s theory of evolution

Print
Why was there such a hue and cry over the HRD minister of state Satyapal Singh’s recent comment about Charles Darwin’s theory of evolution being ‘scientifically wrong’? Singh was merely asking for empirical evidence for the ‘evolution of man from ape’. There was an error in the minister’s assumption that Darwin had this ape-to-man transition as a part of his famous theory. Notwithstanding this, Singh seemed to be saying, quite rightly, that if evolution is a theory, show the world that it works.

This debate is not new, and evolutionary biologists now don’t even bother to comment on the issue. But a section of the public was more worked up. In his ‘Russian Manuscript’, 1973 Medicine Nobel laureate Konrad Lorenz, while musing on ‘the unique historical origin of organisms’ wrote, “The ‘theory’ of evolution is not, in fact, a theory; it is reliable human knowledge insofar as any human knowledge can be reliable!”

Science is all about asking the right questions. But Singh went a step further. He seemed to have sought a ban on teaching the theory of evolution, because it was ‘unscientific’.
For centuries, people believed in the Aristotelian explanation of the order of things in the universe. Then came Isaac Newton, and the Aristotelian theory made a quick exit. According to historian Thomas Kuhn, this was a ‘paradigm shift’ — when the old theorycould not explain all the new discoveries and a new one had to be invented. Newton’s theory provided the solution, with Albert Einstein causing the second Kuhnian paradigm shift.

Scientists are not fearful that theories will be shot down. Some may try to save appearances. But eventually, they accept the improved, or radicallydifferent, explanation. But which is the ‘other’ theory that Singh has in his mind when he asked that Darwin’s be yanked off the syllabus?

From the 1925 Scopes Trial in the US —when a teacher, John T Scopes, was accused of breaking the law by teaching human evolution in a state-funded school — to Turkish President Recep Erdog an’s decision to stop teaching Darwin, the theory of evolution always has suffered in the hands of creationists.

When astronomer Nicholas Copernicus knocked off man from the centre of the universe in 16th-century Europe and made Earth just another planet revolving just another star, the Aristotelians fought back. But the advent of the telescope and Galileo Galilei and Newton pushed them back. The Church censured Galileo for championing heliocentricism. But science, eventually, prevailed.

Darwin’s theory ruffled the feathers of religious hawks. It questioned an omnipresent, intelligent master with his immaculate design dictating how ‘life’ unfolded on our planet. Ever since, religious hardliners have never had peace. In the US, they put up the stiffest challenge, making life difficult for early converts to the theory.

Harvard palaeontologist Stephen Jay Gould writes, “We seem to prefer the alternative model of origin by amoment of creation — for then we can have heroes and sacred places.… We are powerfully drawn to the subject of beginnings.… We readily construct myths when we do not have data (or we suppress data in favour of legend when a truth strikes us as too commonplace).”

In Darwin’s case, the truth is too beautiful to ignore. From Galapagos finches to bacteria developing antibiotic resistance, we see evolution at work. Singh is right in telling us to leave fossil records alone. We don’t even have a mythological reference of an ape mother delivering a human child. But Darwin wasn’t looking for that when he came up with his ‘theory’.